UGANDA IS NOT INDIFFERENT ABOUT THE WASTE CRISIS

UGANDA IS NOT INDIFFERENT ABOUT THE WASTE CRISIS 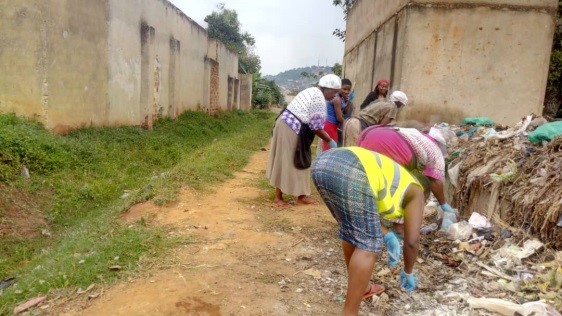 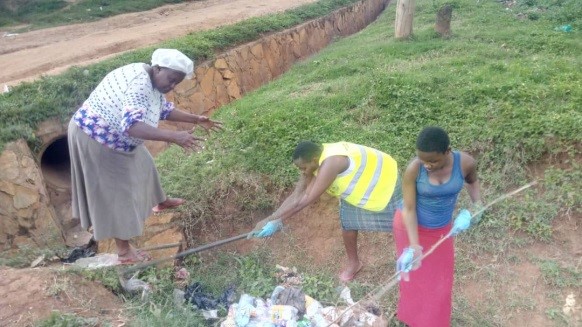 Uganda with the equator running through it and laying between the tropics has got tropical forests and savannah grasslands. We used to experience rain twice a year, February – March and about August – September. However, due to climate change, the seasons have changed making it difficult for farmers to plan for their farming.

When the heavy rains come, there is a lot of damage and many people are affected. In the urban areas and plains people are affected by floods which carry a lot of garbage in its path and in the rural areas with landslides. These landslides have gotten many residents displaces, loss of lives and domestic animals which contribute to the welfare of families. There is too much destruction, too many tears by the people who have lost everything. At times they are forced to migrate to foreign lands designated by the government and these people find it hard settling there.

We Catholic Women of Uganda are concerned and pay a lot of attention to this global incidents. Though the government, non-governmental organizations and well-wishers keep on sensitizing people and raising awareness about the dangers of rains, we still find poor living conditions on the increase especially when natural disasters like heavy rains strike.

Waste disposal remains a challenge for all and is worse when it comes to the rainy season. Through the Church’s plat foam, we are also able to bring the women together to give back to the community. We advocate for the proper disposal of garbage to avoid blockage of drainage systems. We also encourage people in the communities to participate in garbage disposal days which we do monthly based on our work plan. This has brought more Catholic Women together as they give back to the community.

Uganda was blessed and honored to host over 300 Cardinals and Bishops, and a large group of dignified Laity from all over Africa to celebrate the jubilee of SECAM (The Symposium of Episcopal Conference of Africa and Madagascar). This was born of the wish of African Bishops to establish a forum in which they could speak with one voice on matters about the Catholic Church of Africa. The Holy Father Pope Francis in his message to SECAM was to continue strongly and every Christian should be a pro-life as one supports life and fight anything that destroys life in person.

Our wish is to see that the Catholic Churches in Africa help support development, earth degradation, care for the environment, reduction of pollution of air and water. We pray/ask Our Mother Mary to intercede for us Women who play an irreplaceable role and place in the Church and Society. We shall continue sensitizing women and to that, a healthy planet DEPENDS on us.