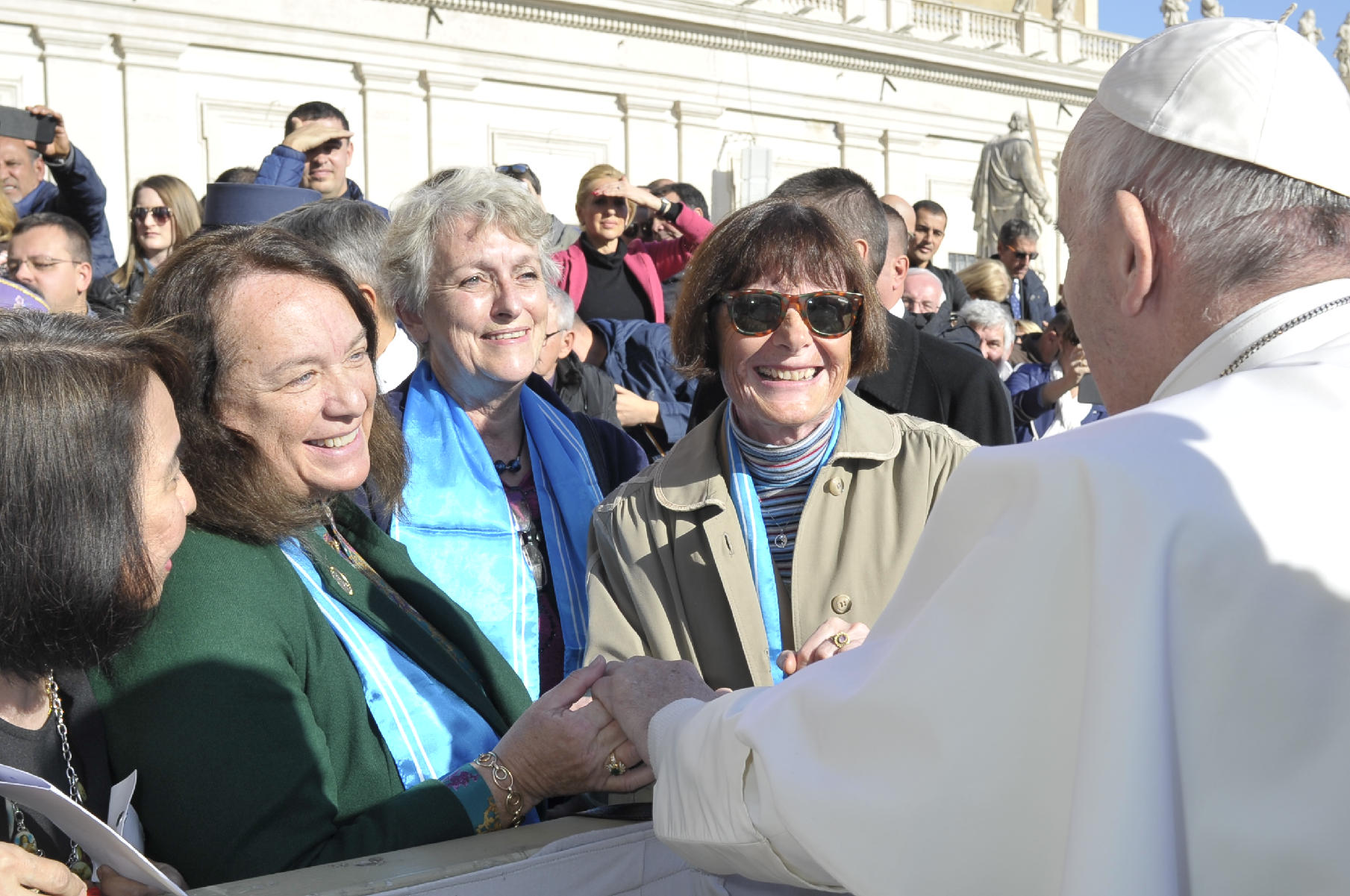 During Pope Francis' General Audience of 22 November, 2017, the President General, together with the Vice President General and the Treasurer General, met the Holy Father. They thanked him for his encouragement and for the actions he is taking in favor of an ever stronger presence of women in the Church. They also assured him that all the women of WUCWO will keep supporting and praying for his pontificate. The Holy Father thanked them for what WUCWO is doing and urged them to continue with greater strength and courage to support the presence of women in the Church and in the world.

Read the words of Pope Francis during the Audience here