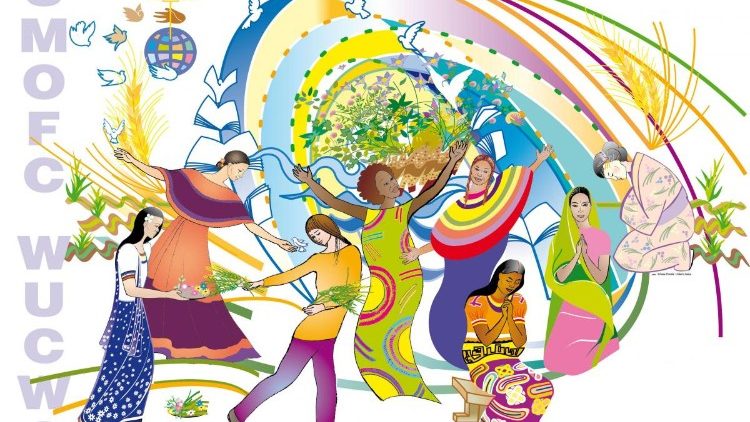 Below you can read the interview that the Secretary General of WUCWO, María Lía Zervino, gave to Vatican News.
You can find the original interview (in Spanish) here: http://www.vaticannews.va/es/mundo/news/2018-03/dia-de-la-mujer-umofc-papa-francisco.html.

"About 10 million women, from the World Union of Catholic Women's Organisations, thank the Pope for his encouragement to the women's mission in society and the Church.

Review of conscience and active engagement

On the occasion of International Women's Day, we interviewed the Secretary of WUCWO and Servidora, María Lía Zervino, who invites women to become aware of their femininity and of the gifts that God has given to each one of them.

Finding mistakes, such as self-censorship, by making the experiences positive

To denounce outrages and injustices, to step out in front of the defenceless, like the women whose dignity has been trampled and who suffer injustice, the minors, the children yet to be born....

Congratulations to all women, especially those who live true self-giving: different in identity and equal in dignity

María Lía Zervino presents a positive example: the mission of the Congregation of Our Lady of Charity of the Good Shepherd for girls and young women in India - forced to marry when still children, and the 'Dalits', burned if they do not have a dowry.

These missionaries promote women's empowerment, their studies, and the work of women in politics, as true women.

Let's get to work! The Secretary General of WUCWO encourages us to take up the challenge, recalling the words of Pope Francis and his exhortations to deepen the role of women in the Church and in women's theology.

Not forgetting his predecessors and the Second Vatican Council.

Thank you Holy Father, you can count on grassroots organisations like WUCWO

With the many times that Pope Francis has spoken about the importance of the role of women, María Lía Zervino points out: what a marvel that there can be an evangelisation with a feminine profile, language and gestures!

And she remembers when the Holy Father pointed out that Our Lady is superior to the Apostles, as well as when he stressed that the Church is feminine and mother.

She ends by asking the Pope to count on grassroots organisations such as the World Union of Catholic Women's Organisations, which has nearly 10 million women in the world, working side by side, with the desire to serve.

This and much more in the full interview."