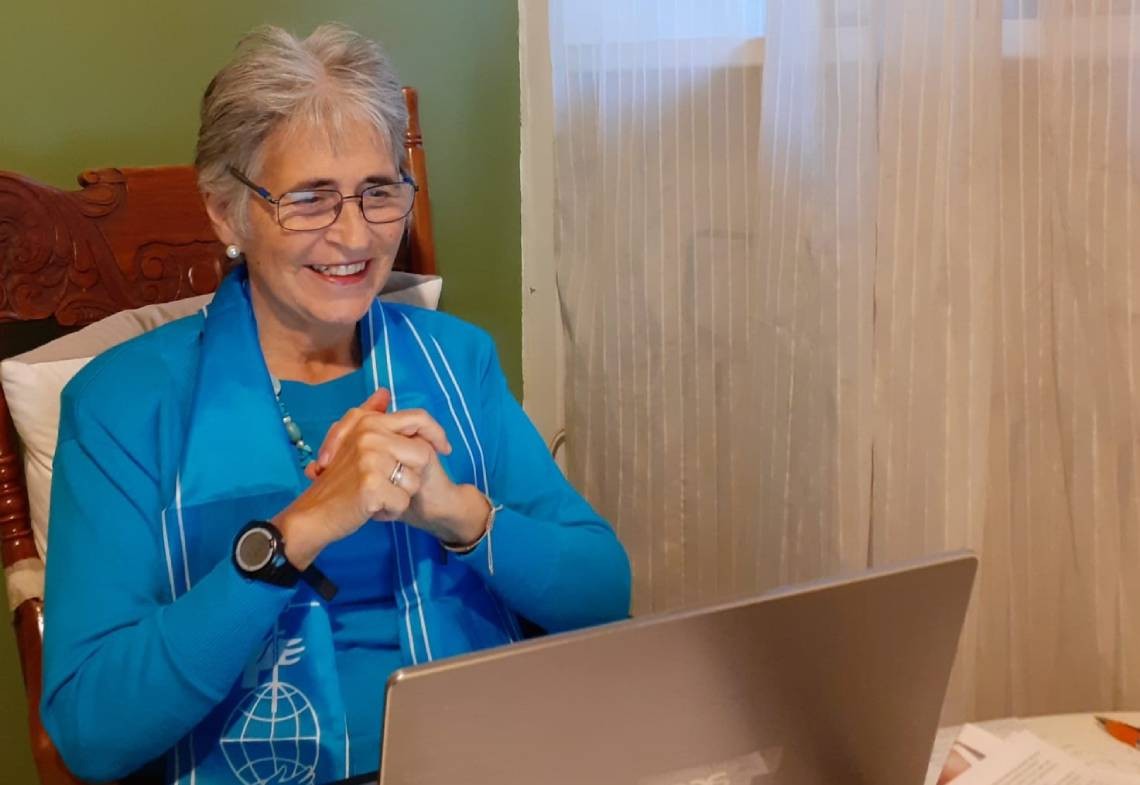 A reflection by our President General for the official website of Fratelli Tutti.

My home country is Argentina. A nation marked by social confrontation at different times in its history; divided into two great antagonistic factions caused by political, ideological, economic and other reasons. Even now we continue to harm each other because of a terrible “rift”. However, from the bowels of this people, the Lord called one of his own, Cardinal Bergoglio, to steer, like Peter, the boat of the Church in the midst of the global storm of the Coronavirus and a “’third world war’ fought piecemeal”. The encyclical Fratelli tutti was born from his pastoral experience.

In many cases, whoever suffers from an illness and overcomes it generates the necessary antibodies to deal with other analogous episodes. Similarly, based on the experience of Pope Francis, the Holy Spirit inspired him to write Fratelli tutti. Those of us who were able to share some unforgettable moments with him, in the Argentinian Episcopal Conference during his time as President, know the friendship he established with local leaders of other faiths, such as Rabbi Abraham Skorka and the Muslim leader Omar Abboud. Proof of this is the photo of the Pope embracing his two friends on his trip to the Holy Land in 2014.

Bergoglio used to spend the most important feasts of the liturgical year with these friends, talking about all subjects, from heart to heart. One year, it happened that both the rabbi's father-in-law and a brother of the cardinal died. The friends accompanied each other and talked in depth about death. This is how the book they wrote together, On Heaven and Earth, came about. This “perfume” of social friendship was perceived in various sectors of the Episcopal Conference and prompted us, as the National Commission for Justice and Peace, to work together with leaders of ten different religious traditions on the National Education Bill that was debated at that time.

I mention these facts because I regard them as significant in order to underscore how inductive the method showed in the Holy Father's teaching is. It is true that, in the midst of the shadows in which we are immersed, the beacon of Fratelli tutti, which indicates to us the goal of human fraternity and social friendship, may seem to us an unattainable dream. But if we start from the reality of each one, from the bottom up, we will prove that this great treasure of the encyclical - on which all humanity can count in this tragic 2020 - is a feasible project.

Without leaving aside the attention to the global level, and thus human fraternity/sorority as the final cause, I would like to focus my reflection on social friendship which, as local cordiality, is inseparable from the universal dimension and constitutes its authentic leaven. It would be false to be open to the universal if we do not build this approach by feeding the fire in our homes, in our homeland, in the various peoples and in the different cultural regions of the world.  The best way to avoid falling into a declarationist nominalism is to initiate processes that generate relational goods in one's own environment.

From a sociological standpoint, social friendship is the relational good par excellence. Relational goods are intangible. They consist of relationships and generate relationships characterised by replicability, ethics and communality. They are relationships in which we give, so that the other can also give, by means of an appropriate reaction that may not be identical to what is received. In this dynamic, we get responses from the other pole of the relationship, which replicate the shared value and may even occur distantly in time and benefit other, different individuals.

Relational goods are based on the reciprocal recognition of the equal dignity of the one who is different. Therefore, they make it easier to take care of the other. They are not consumed when they are used. On the contrary, they increase. They are relationships that empower those who relate to each other, in their integrity as human beings. Social friendship is valuable because it denotes social ethical values such as trust, fidelity, co-responsibility and cooperation, and because it contributes to the care of the individuals involved, having the integral good of the community and the relative natural environment as the final goal.

Social friendship requires and promotes a civic participation that does not belong to the usual lifestyle many of us are used to. It is the result of sharing a wealth of goods and values, making sure that nobody is left out. This lifestyle is the core of the culture of encounter. If we were to take a “picture” with a drone, it would show an area of the planet with many networks of encounters in which each person is recognised with his or her own face, without leaving anyone isolated. In such a context, each person is responsibly linked to this communal bonding, collaborating - from his or her own perspective and resources - to the promotion of peace and justice.

Is this utopia? No, it is not, if we follow the strategy outlined by Pope Francis in Fratelli tutti. A key requirement is a “persistent and courageous” dialogue, open to the truth, between generations and members of a people, which leads to the culture of encounter within a country. For this reason, I believe it is appropriate to propose a soul-searching on the actions required for a dialogue of this nature, on our ability to approach, look at, listen to and try to understand each other, to seek points of contact, in order to be able to conjugate with honesty the verb: to dialogue.

Nevertheless, it is not easy to use only the compass of open and respectful dialogue, eliminating the habit of judging and disqualifying the opponent, particularly when the conviction of the other does not coincide with one's own. We cannot be naive. We need to be concrete and count on intrigues and conflicts, maintaining the attachment to the fundamental truths and the evangelical advice: “pray for those who persecute you” (Mt 5:44).

Let us take up, with God's grace, the challenge of our conversion - today “integral ecological conversion” - to offer a coherent witness in processes of fruitful dialogue. Let us overcome the barriers of individualism and indifference. From our own particular place and mission, let us face a new style of life that arouse social friendship. Women and men, we are all co-responsible for the present and the immediate future of humanity.