International celebration of the 2022 WUCWO Day

International celebration of the 2022 WUCWO Day 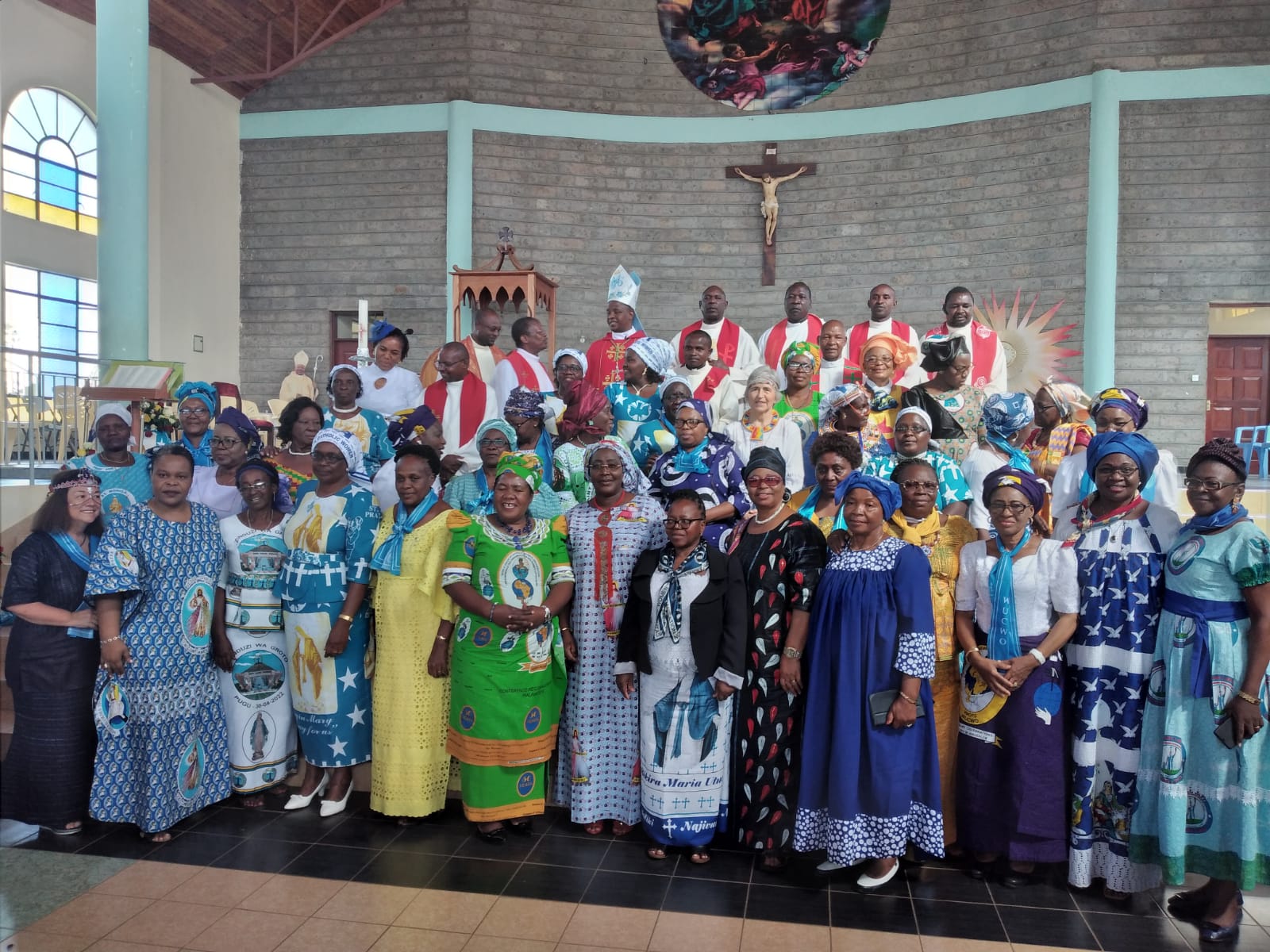 In Kenya, in the presence of 40 women from 24 WUCWO member organisations, 9 members of the Board and the President General, the Kenya Catholic Women's Association organised the WUCWO Day.

The celebration was presided over by Bishop Joseph Mwongela, at Ngong Cathedral, with the theme: “Let us respond to the call to holiness”. Delegations from the dioceses of the country participated and with their wonderful dances, songs and prayers enhanced this day of celebration.

The Mass was held in Swahili, the homily in English and the final speeches in French. The liturgy of the Word was introduced by a little girl carrying the book of the Word of God in her hands; she was carried in procession in a basket on her mother’s head.

After the Mass, a four-tiered cake was cut and distributed, along with the food, so that all the participating Kenyan Catholic women could return home after enjoying so many hours of celebration. Gifts were received and a collection was taken up for the benefit of WUCWO. The event was full of God’s grace.

The President General, the facilitators and the participants of the workshop held during the week in Nairobi to train the social correspondents of the World Women’s Observatory in Africa, that is about 40 women from WUCWO organisations from 16 African countries, were then treated to lunch at a pastoral centre of the diocese. 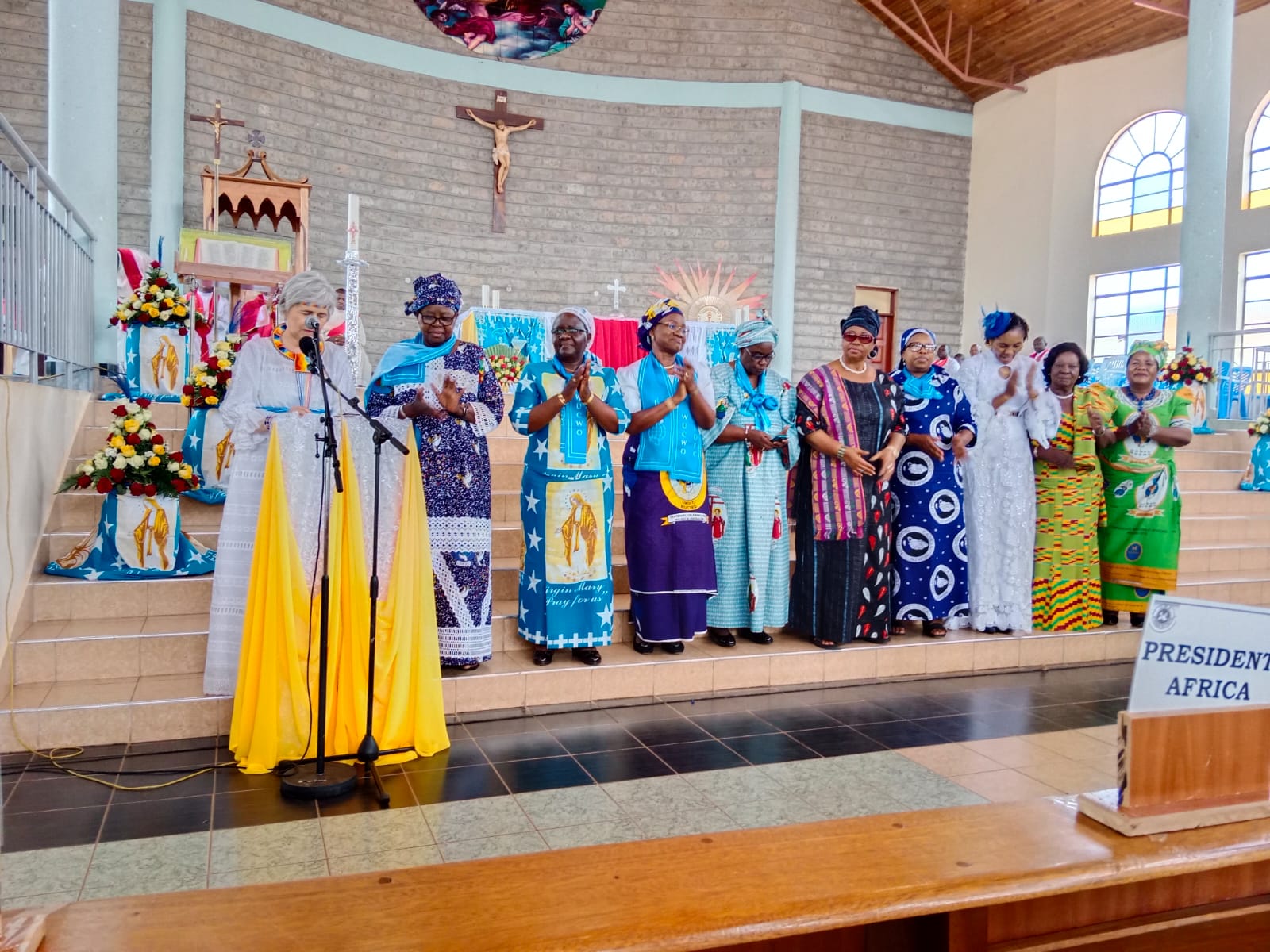 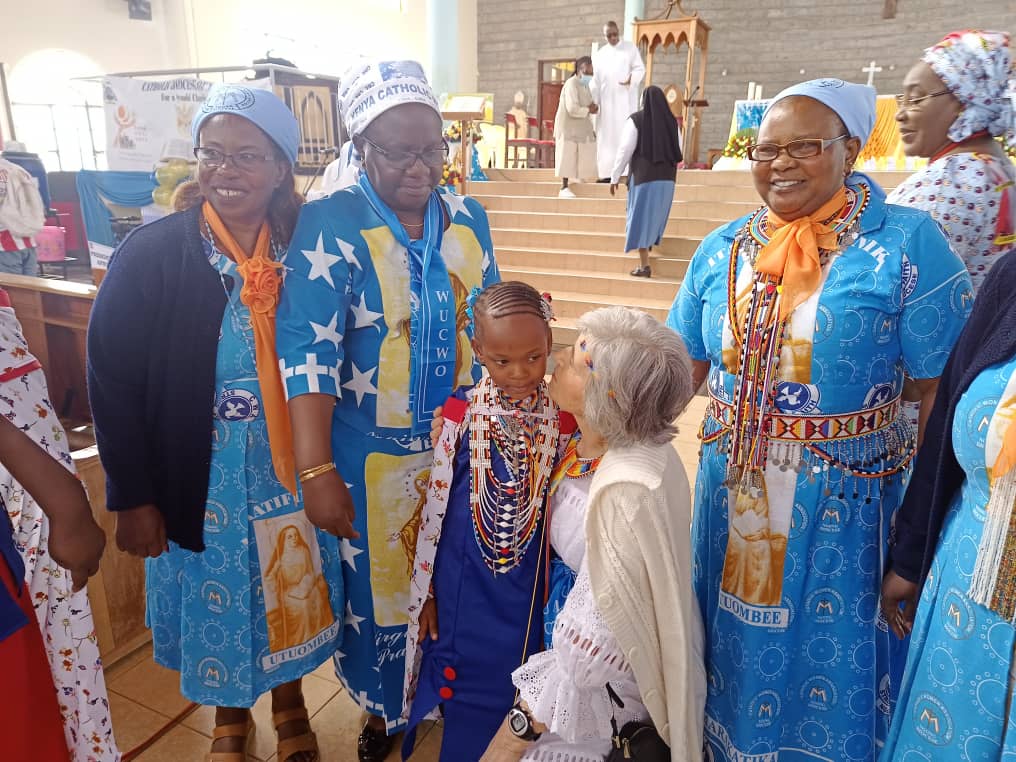 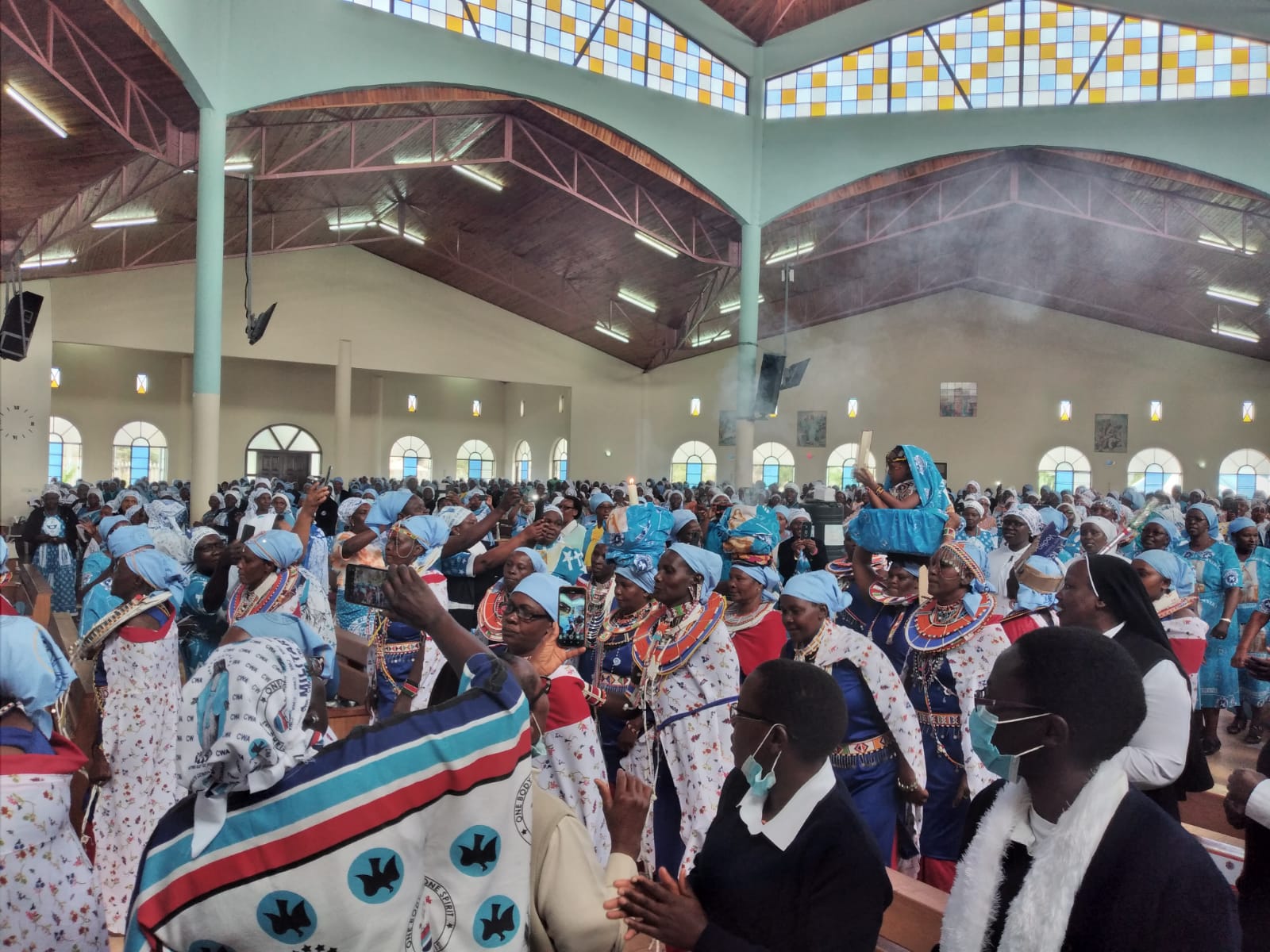