Jubilee of Mercy for Latin America - CAL and CELAM

Jubilee of Mercy for Latin America - CAL and CELAM 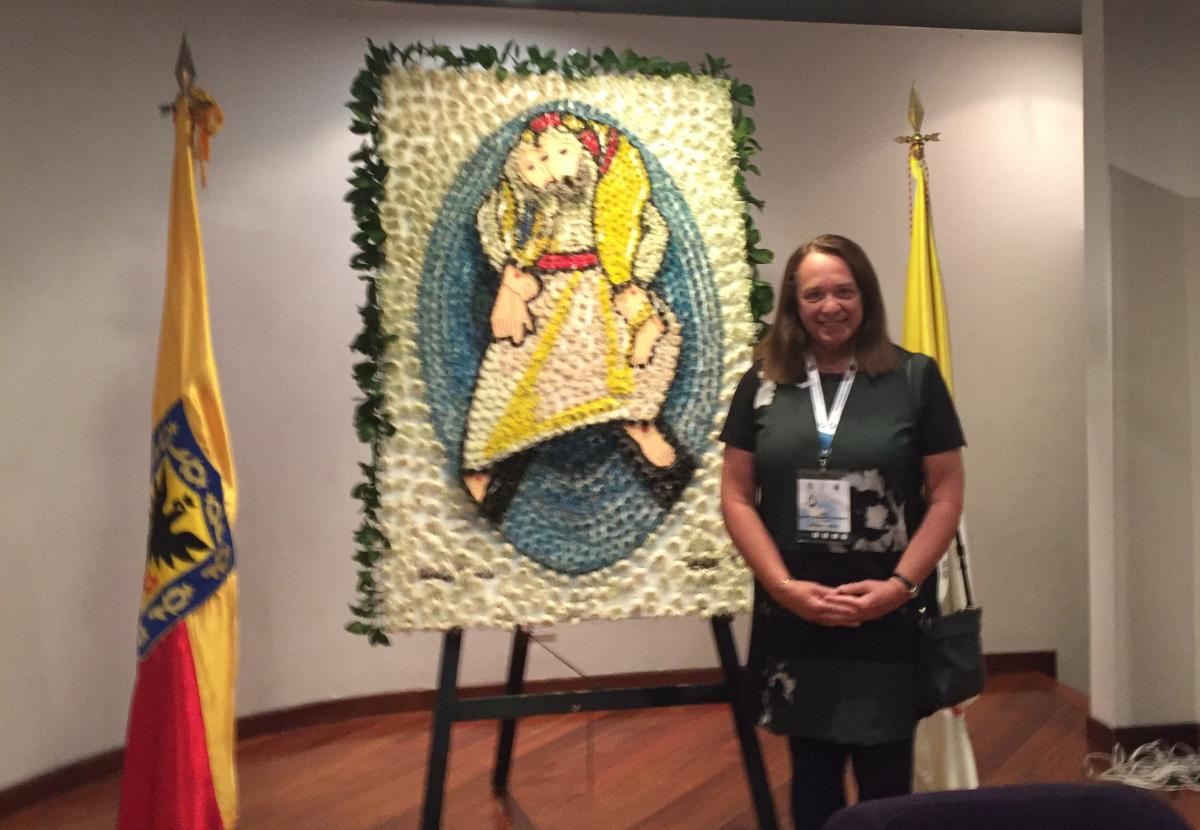 From 27-30 August 2016, 15 cardinals, 120 bishops, rectors of religious orders and Marian shrines, and lay leaders of Catholic associations of all the Americas gathered in Bogotá Colombia for a Celebration of the Extraordinary Jubilee of the Year of Mercy in the American Continent -and our WUCWO was there.

As Vice President General, I was delighted when asked to represent WUCWO and it is my privilege to share with you the program and the sprit of this wonderful gathering.

Organized by the Pontifical Commission for Latin American and the Latin American Bishop’s Conference (CELAM), participants came from Canada, the United States of America, the Caribbean, Central America and all countries in South America. Barriers in language were transcended with translation devices and provision of written pages of major talks and homilies in both English and Spanish. The joy of the celebration and the warmth of the attendees needed no translation as everyone with whom I came into contact exuded the same feeling of friendship as we united in our embrace of the message of mercy that is at the heart of Pope Francis’ papacy.  It was a chance to present WUCWO to all the Americas and I spoke with many about our organization and provided our brochure in Spanish and English to several present.

Each day began with Lauds prior to breakfast.  We then assembled in the meeting space and began our first day with Pope Francis’ beautiful prayer for the Year of Mercy.  The power of praying this together was palpable and moving.  We were welcomed by Cardinal Ruben Salazar Gomez, Archbishop of Bogota and President of CELAM, by Cardinal Marc Ouellet, President of the Pontifical Commission for Latin America, and by Archbishop Ettore Balestrero, Apostolic Nuncio to Colombia.  All morning there had been the presence of police, army, and plain clothes security personnel around and in the hotel and one could not help wondering if this was normal or not.  Happily, it was not for we were next honored with a personal greeting from the President of Colombia who shared with us that mercy and forgiveness are qualities his country must now visibly demonstrate after the signing of a treaty with a rebel force that had been fighting there for 50 years. He brought the dimension of the need for political mercy; an aspect of mercy that perhaps had not occurred to all in attendance from other lands.  His appearance was followed by a video message from Pope Francis to the attendees.  This 32-minute video, by far the longest he has yet presented, was very moving and I expect will impact far more than the attendees at the celebration.  I use the word celebration rather than conference as the intent was to make this gathering exactly that; a celebration of the joy that mercy and forgiveness bring to us as persons, as parishioners, as leaders, and as citizens of the world.  He cited the parable of the Prodigal Son, a recurrent theme throughout the gathering, and said that mercy is at the heart of pastoral work and must infuse our own lives and that of the Church.  He presented a challenge: Empower paths of hope and make mercy shine forth. We need to ask God to save us once again and help us to go forth with conviction and joy in the Gospel of Mercy, hearts pounding and hands ready.

Each day, we heard a formal presentation and then broke into discussion groups where we could explore the dimensions of the topic presented.  The first day, Archbishop Rino Fisichella, President of the Pontifical Council for the Promotion of the New Evangelization, spoke to us about how the present is a great and necessary time for mercy. Our discussion questions centered around:  1. Examining the different causes of poverty in Latin America and their relationship to social constructs, discussing the need for a social and spiritual liberation; 2. The difficulty of incorporating the ideals of the Year of Mercy, particularly the essential element of forgiveness, in individuals, parishes, dioceses, and society; and 3. How to achieve the connection between mercy and justice, particularly in politics in counties that suffer from painful memories such as the rebellion in Colombia.  When we re-joined, we heard the results of the various groups.  In the afternoon, we went in procession to the minor Basilica of Lourdes where we went through the Holy Door, had a penitential service with the opportunity for individual confession, and then Holy Mass.  It was an extraordinary and deeply moving opportunity to witness our bishops as penitents and as confessors, emphasizing the need for humility and forgiveness if we are to pursue mercy in our lives, our Church, and in our world.

The next day, Archbishop Kurtz, President of the United States Conference of Catholic Bishops, presided over our opening Mass which was concelebrated by Cardinal Gerald Lacroix and Cardinal Sean Patrick O’Malley.  Cardinal Ouellet then spoke of The Church as a Sacrament of Mercy in the Americas.  The working groups next discussed how we realize mercy in the mission of the Church.  In the afternoon, the rector of the Basilica-Sanctuary of Our Lady of Guadalupe in Mexico spoke on the Holiness of America in the Time of Pope Francis making frequent reference to Our Lady of Guadalupe and her title of Patroness of the Americas.  We then heard from two panels who discussed holy martyrs, holy missionaries, holy mystics, holy priests, saints of the poor, and saints of education.  Presentations demonstrated the mercy shown through their work. Outside the auditorium were posters depicting those discussed which provided an opportunity to learn even more about these holy men and women of the Americas.

The third day opened with Mass celebrated by the Archbishop of Brazil.  We then broke into groups and were transported by bus, each to a different work of mercy in Bogota.  Mine was a visit to a homeless shelter run by the Sisters of Charity.  I was overwhelmed with emotion when as we entered the courtyard, the homeless community rushed to hug us and then presented a song to welcome us.  These who have had such a difficult road in life were eager to show us a performance that depicted the Good Samaritan helping a homeless man and incorporated two of the bishops with us as the priest and Levite who ignored the man on the road.  The message was clear; that we are all called to be the Good Samaritan, no matter the condition or status of the other.  We are called to show Christ’s mercy in our actions and our love for all others.  It was a beautiful visit filled with joy and strong emotion and it was hard to say goodbye to these brothers and sisters of ours.  Other groups visited schools for the poor, medical clinics, homes for indigenous people of the region who still suffer greatly socially and economically, and many other examples of mercy and love for those who need help.  In the afternoon we shared stories of our morning visits and then heard from a panel of 6 agencies that help display God’s mercy through their work throughout the Americas. Three bishops then spoke of additional places of mercy in their dioceses in Chile, Mexico, and Canada.  That evening, we gathered for a very beautiful Holy Hour of Mercy.

The last day of the Conference, the President of the Episcopal Conference of Colombia and the Archbishop of Los Angeles (USA) spoke to us about Mercy as a Culture of Encounter and of Forgiveness on the American Continent.  We discussed this topic and then processed to the Church of the Porciuncula where we celebrated a magnificent Concluding Mass and heard closing remarks from Cardinals Marc Ouellet and Ruben Salazar Gomez.

This celebration/conference was truly a gift to the Americas, uniting us in our faith and in our recognition of mercy as the foundation of our salvation personally, in our families, our parishes, our dioceses, our universal Church, and our Society.  May Our Lady of Guadalupe intercede for us that we receive the grace to live the message we heard and share it with all the world.