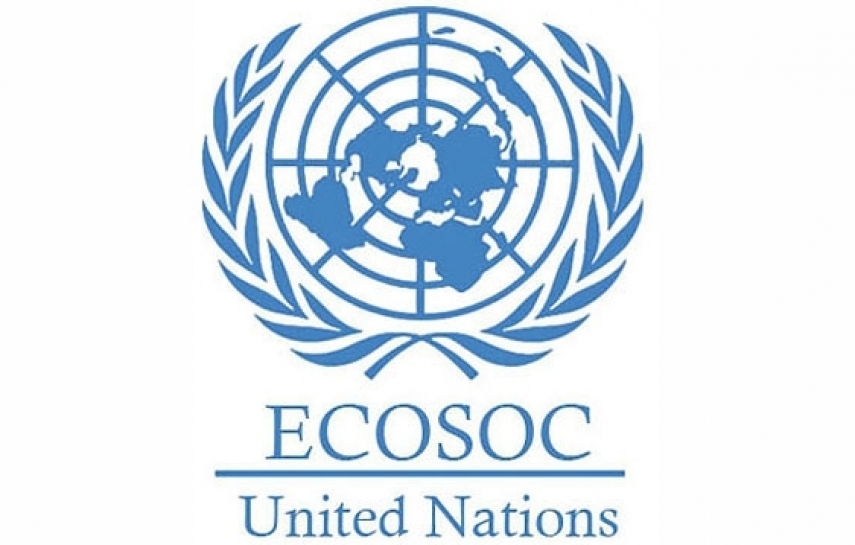 This report on the work of WUCWO at the United Nations in New York (ECOSOC) must necessarily give you just a brief overview of the discussions concerning the challenges and opportunities that face our world addressed at the UN in New York. The opportunity to participate in discussion groups, present formal written statements, and to attend many sessions is a responsibility and a privilege that we appreciate every time we walk onto the main plaza and see the long line of flags from the 193 Member States. Founded in the ashes of World War II, the UN remains a powerful global forum seeking to prevent further man-made disasters and to enable all citizens of our Earth to achieve a standard that provides dignity and basic human rights to all people. How could we fail to be moved when we report to attend meetings at such a forum of hope? In addition to our presence at many sessions of the Commission on the Status of Women meetings, we also attend other sessions throughout the year, many organized by the Permanent Observer of the Holy See. What follows is just a small sampling of the many topics presented and debated over the course of this WUCWO mandate.

ANNUAL COMMISSION ON THE STATUS OF WOMEN (CSW) MEETINGS

Each year, there is a primary theme at the CSW. Presentations are divided into regular sessions and parallel events. The regular sessions are sponsored by States and present the viewpoint of that particular country or consortium of countries. They include official business sessions and presentations, ministerial roundtables on the priority theme, and interactive dialogues. The parallel sessions are extremely informative as they are presented by NGO’s that are “on the ground” in the areas under discussion, providing the reality of the situation and of various cultures and their impact on the lives of women and children in those areas. At the end of each CSW, a formal document named the Agreed Conclusions is presented.

Primary themes and significant topics during the course of this WUCWO mandate have been:

CSW 59 held March 9-20, 2015 Beijing +20: Implementing the Beijing Platform for Action We heard presentations concerning the effect of climate and poverty on women, of increasingly exported harmful practices due to immigration such as female genital mutilation, of the effect on families of contagious diseases, of the plight of children born of women who were raped during war, of refugee women and their families, and of the difficulty women in some parts of the world experience in securing stability in land ownership, food and education. We heard evidence of positive strides made as we heard the testimony of women who have triumphed over natural disasters and endemic poverty to establish businesses and who have attained political power. We also attended sessions regarding gender equality and aging. We learned of practices being adopted by businesses to balance family life with increased productivity. We heard talks about countering cyber-violence against women and children and of the economic empowerment of women. There was strong emphasis on meeting the needs of youth to guarantee a better world and to preserve the progress made for women and the girl child.

CSW 60 held March 14-24, 2016 Women’s Empowerment and its Link to Sustainable Development presentations centered on the educational development of young girls, women’s search for peace in the Israeli-Palestine Conflict, programs to end violence against women, the link between immigration and trafficking, protecting the human rights of women refugees, women’s role in water diplomacy, violence in the workplace, the gender pay gap, education of girls, child marriage, conflict-based sex crimes, and moving from rhetoric to resources by financing women and girl issues.

CSW 61 held March 13-24, 2017 Women’s Economic Empowerment in the Changing Climate of Work presentations addressed Human Trafficking, the effect of pornography on families and desensitization toward violence against women and children, and the links between pornography, prostitution, trafficking, and abortion. Sessions on abortion indicated that in places where abortion has been gender selective, the numbers of available women for marriage are less than the numbers of men seeking brides and in some countries where abortion has been freely permitted, there is now insufficient replacement population to sustain the GDP of the country. Education was seen as a primary mover in allowing women to achieve economic independence. The use of technology to assist women in all areas of the world was seen as a positive enabling mechanism. Equal pay for equal work was a recurrent theme and there were presentations on microfinance. The family was defined as the fundamental unit of society. It was noted that it is necessary to ensure that the family is economically stable to prevent child marriage, child labor, and trafficking. There was a very interesting effort made to quantify the economic contribution of women who remain at home to care for the family. In some countries, it was determined that women could be considered to contribute up to 74% of the country’s Gross Domestic Product if their work caring for the home and family was valued in the same manner as work outside the home, in addition to providing a secure loving environment for children.

CSW 62 held March 12-23, 2018 Challenges and Opportunities in achieving gender equality and the empowerment of rural women and girls presentations looked at the realities of rural life for women in different parts of the world. In developed countries, women were equal to or surpassed men’s status and productivity in these communities. Gender stereotyping was addressed in terms of why we do it and some of the harmful connotations associated with this. Women artists were discussed and we learned of the role of women in addressing the new Sustainable Development Goals. We learned how rural women are heading the fight against climate change and how they are being affected by land degradation and droughts. We attended sessions concerning the high maternal mortality that can be associated with the practice of child marriage. We learned of women’s ever-growing participation in politics and always the solution to much of what challenges rural women was the need for universal health care and education for girls and women.

In addition to the CSW sessions, your New York International Representatives have also attended sessions devoted to persecuted Christians and minority groups in the Middle East, the importance of the role of the mother and father in the family, the growing indifference to the plight of refugees and immigrants, the environment, nuclear disarmament, the trafficking of women and girls who are caught in conflicts as well as sessions that addressed many other aspects of human trafficking. We have also presented formal statements that included the family, education, abortion, human trafficking, freedom of religion, and health care. Our work can be challenging, sometimes seems so frustrating, but overall, it is also exciting and necessary. We need to have our voice and our presence there to speak up for our Catholic teachings and our WUCWO Member Organisations. We are clued in to the particular jargon used and are aware of certain phrases and what they really mean such as, “empowering women’s health” frequently is a cover for recognizing abortion as a human right. So far, the Holy See, countries who share our view on the sacredness of all life, and NGO’s like WUCWO have been successful in defeating these attempts but imagine if we were not there!

It has been a great privilege to represent WUCWO at the UN in New York and we are most humbled and grateful for the opportunity. It simply is not possible to present here all the information covered at the meetings we have attended but we hope that this brief summary provides you with a feel for many of the topics addressed; the situations that remain sadly unchanged or that have grown worse for women and children and the achievements that have been made to better their lives. As women of WUCWO, we continue to pray and advocate for our sisters around the world so that all can live with dignity and sufficient resources to raise and protect their families. May Our Lady, Queen of Peace, bring our prayers and work to her Divine Son.