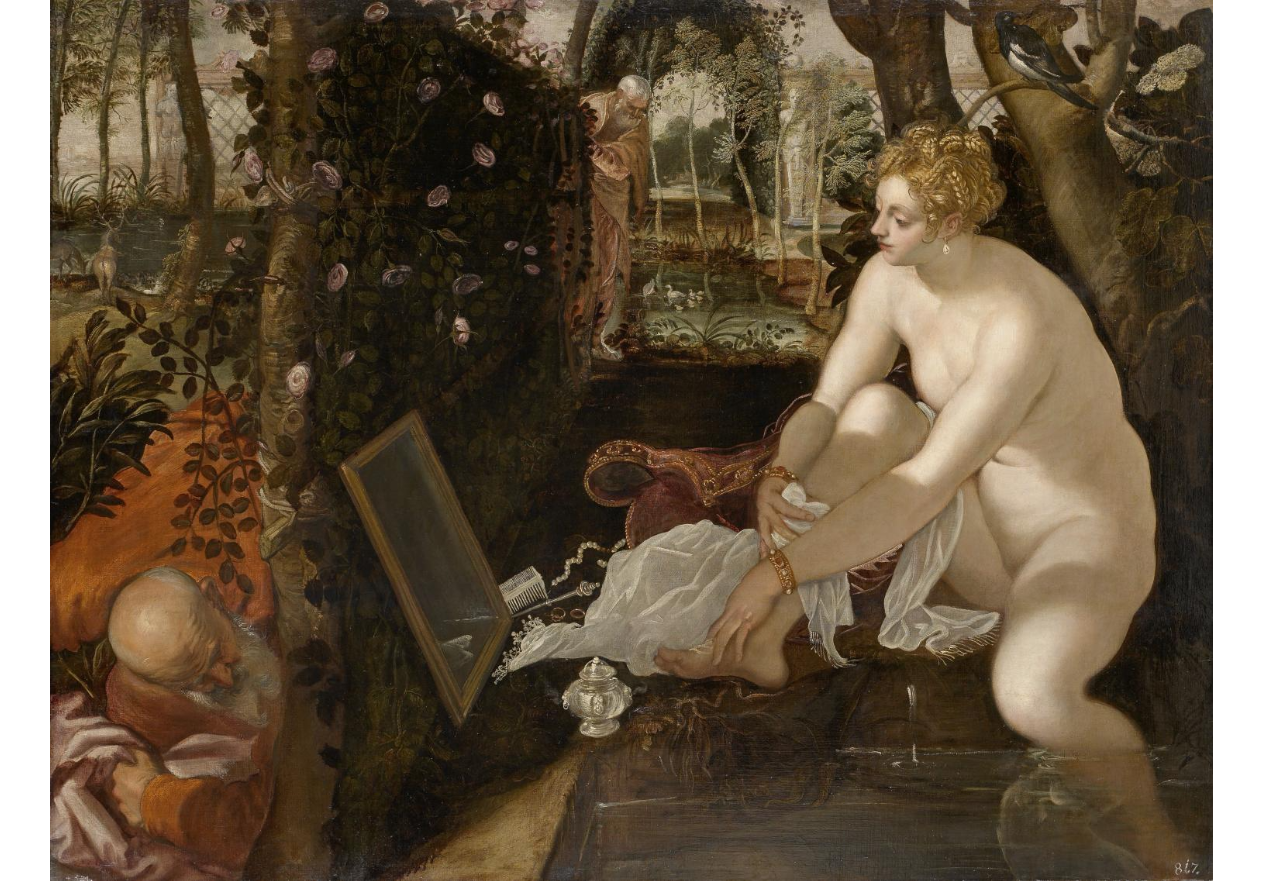 Women in the Old Testament: Susanna.

In Babylon there lived a man named Joakim. He had married Susanna, daughter of Hilkiah, a woman of great beauty; and she was God-fearing, because her parents were worthy people and had instructed their daughter in the Law of Moses. Joakim was a very rich man, and had a garden attached to his house; the Jews would often visit him since he was held in greater respect than any other man. Two elderly men had been selected from the people that year to act as judges. Of such the Lord said, ‘Wickedness has come to Babylon through the elders and judges posing as guides to the people’. These men were often at Joakim’s house, and all who were engaged in litigation used to come to them. At midday, when everyone had gone, Susanna used to take a walk in her husband’s garden. (Daniel 13:1-7)

The whole long chapter 13 of the book of the prophet Daniel tells us the story of Susanna. Already in its first verses, we find the same protagonists (Susanna and the two elderly judges) which we also find in the canvas painted by Tintoretto. In fact, the painter decided to offer us the beginning of Susanna’s drama, when the young woman, thinking she was alone in the garden, undressed to bathe. Her gaze is serene, her luminous body imposes itself on us spectators, her beauty is enhanced by the two splendid bracelets on her wrists, her earrings, her elaborate hair, but also by the dress, the veil and the jewellery she has taken off and dropped next to her. The garden of her house is very beautiful and luxuriant, with its many green trees, animals, flowers and the rose garden on which the mirror is leaning and which cuts diagonally across the canvas, giving depth to the scene.

Almost as if to counterbalance the serenity of the main character, the two elderly judges emerge from the two ends of the flowering pergola - not yet seen by Susanna. One of them, the one in the foreground on the left, is portrayed in an unnatural pose: he seems to be crawling to catch the young woman by surprise. The other, on the opposite side of the background, does not dare look up at us, as if to underline the shame of the action they are taking against Joakim’s young wife.

We know Susanna’s story: the two old men surprising her in the garden, blackmailing her in order to use violence against her, her refusal, the false accusation against her, the trial, the death sentence, the intervention of young Daniel unmasking their deception and finally freeing her from all charges.

We are struck by the fact that the great Venetian painter chose to depict the beginning of Susanna’s story, not showing us its more dramatic parts. In this way, he almost wanted to show us from the very beginning not only her beauty - which is also described in verse 31: “Susanna was very graceful and beautiful to look at” - but also her integrity, which comes from her following the teachings of the Bible and from her trust in God - verse 35 tells us that Susanna “tearfully, turned her eyes to Heaven, her heart confident in God” - even when everything seems to be going wrong. The young Daniel, in the story, thus becomes God’s instrument to ensure that truth triumphs over lies and innocence over sin.

Tintoretto’s painting is part of a centuries-old tradition of great attention to the story of Susanna, both in the iconographic field (from the first centuries after Christ we find iconographic representations of her story in a fresco in the Catacomb of Priscilla, in Rome, or in some early Christian sarcophaguses, including the very beautiful ones in the basilica of Sant Feliu in Girona, Catalonia, and in the Musée de l'Arles Antique in France) and in the literary field (among the Fathers of the Church, Jerome called her a “noble woman in faith”, Hippolytus wrote that her head was adorned with “faith, chastity and holiness”, Ambrose and Augustine wrote about her several times).

Susanna is presented as one of the most luminous figures of woman we have in the Old Testament, becoming an icon of marital fidelity.