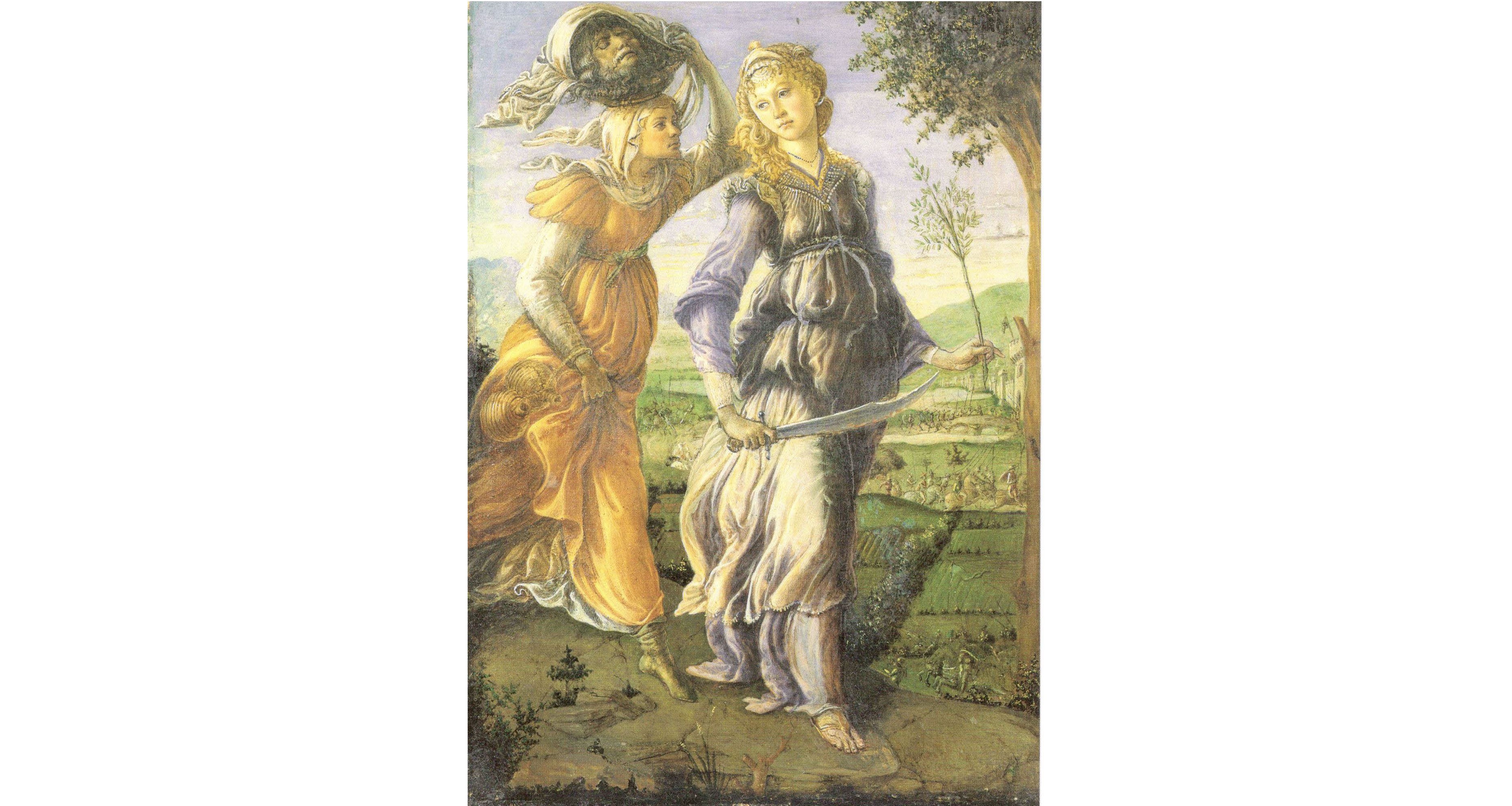 Women in the Old Testament: Judith.

The whole story of Judith is told in the short book of the Bible that bears her name. In 16 chapters, the story narrates the descent of the Assyrian army on Israel, the pride and arrogance shown by Holofernes, Nebuchadnezzar’s supreme commander, and his decision to lay siege to the city of Bethulia, occupying in particular the Israelites’ aqueducts and water sources.

The prospect of dying of thirst causes the people to ask the authorities to surrender to the enemy and so Uzziah promises to capitulate if no help from the Lord arrives in the next five days. At this point in the story, we are introduced to the figure of Judith:

"She fasted every day of her widowhood except for the Sabbath eve, the Sabbath itself, the eve of New Moon, the feast of New Moon and the joyful festivals of the House of Israel. Now she was very beautiful, charming to see. Her husband Manasseh had left her gold and silver, menservants and maidservants, herds and land; and she lived among all her possessions without anyone finding a word to say against her, so devoutly did she fear God” (Judith 8:6-8).

It is she, a woman, who urges not to give up, and indeed this is what she proposes:

“‘Listen to me, I intend to do something, the memory of which will be handed down to the children of our race from age to age. Tonight you must be at the gate of the town. I shall make my way out with my attendant. Before the time fixed by you for surrendering the town to our enemies, the Lord will make use of me to rescue Israel. You must not ask what I intend to do; I shall not tell you until I have done it.’ Uzziah and the chief men said, ‘Go in peace. May the Lord show you a way to take revenge on our enemies'” (Judith 8:32-35).

The small painting we are contemplating is part of a diptych that presents the final phase of Judith’s story. The woman, accompanied by her trusted handmaiden, manages to go to the Assyrian camp and be given hospitality. Seduced by her beauty, Holofernes remains alone with her. However, because he has drunk too much wine, he cannot prevent Judith from killing him and beheading him, taking his head with her to show her people that the enemy has been defeated.

The elements of the diptych thus present the discovery of Holofernes’ beheaded body by the Assyrians and, as we can see here, the return of Judith to Bethulia.

The first thing that strikes us is the detachment with which the painter presents the two women. There is no agitation over the beheading, no horror at the severed head that can be seen being carried by the servant; even the story of the conflict between the two peoples is relegated to the background of the painting. Judith still holds the sabre with which she cut off Holofernes’ head in her right hand, but in her left hand she carries an olive branch. The painter seems almost to be telling us that the important thing for Judith is to have fulfilled the will of the God of Israel, who through a woman wanted once again to bring salvation to his people.

A second element that jumps out at us is the complexity of the scene: in a painting little bigger than a sheet of paper, there are so many elements, both in the foreground and in the background, that make the vision rich and detailed. The flowers, the rocks, the cultivated fields, the sky, the city walls, the large tree on the right: everything seems to tell us that what we are seeing is part of a precise moment and a precise place. Even the light colours of the palette, enveloping the characters and the landscape, seem to want to show us that we are looking at something real and true.

A final aspect that I would like to emphasise is the beauty and elegance of the clothing of the two women. If we also consider their hair, we cannot fail to notice a wave-like movement that is not perceptible in the rest of the painting. It is as if the two women, hurrying back to the city of Bethulia, were moved by a superhuman, and therefore divine, force. Their mission, after all, was accompanied by the protection and blessing of the God of Israel, the same God who brought the people out of Egypt.

To fully understand the figure of Judith, I would like to conclude with her words on her return to the city after the feat accomplished. From a distance, Judith shouted to the guards on the gates, “Open the gate! Open! For the Lord our God is with us still, displaying his strength in Israel and his might against our enemies, as he has done today!” (Judith 13:11) and to the people gathered before her, she exclaims: “Praise God! Praise him! Praise the God who has not withdrawn his mercy from the House of Israel, but has shattered our enemies by my hand tonight!” (Judith 13:14). Judith does not boast about what she has done, but invites everyone to thank and praise God, who has used her to restore freedom to the entire people.