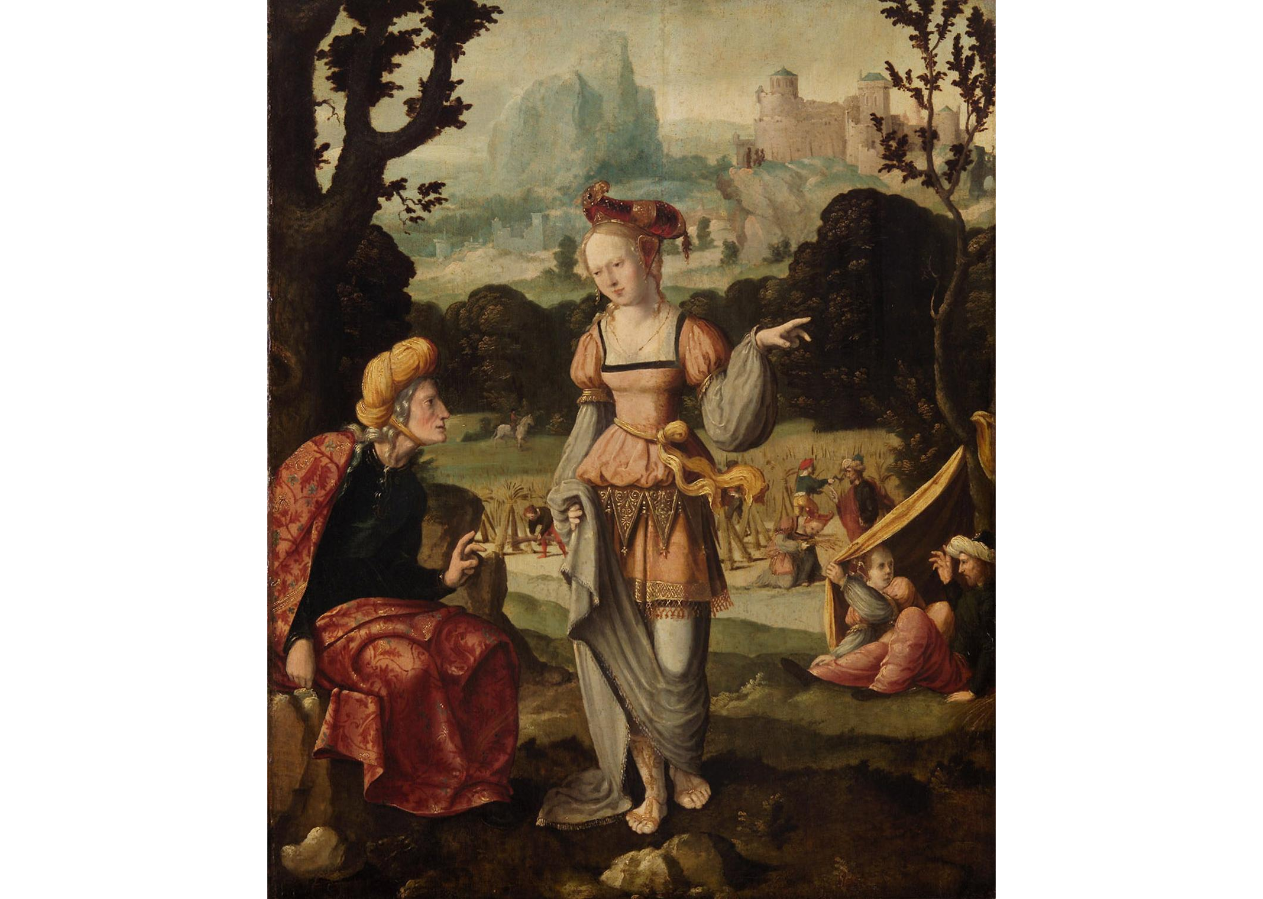 Women of the Old Testament: Ruth and Naomi.

Ruth’s story is told in just four chapters. A small book, bearing her name, for a big story; a small book featuring two women: Ruth and Naomi, her mother-in-law. The two women’s destinies intersect in Moab, where Naomi has emigrated with her husband from Bethlehem to escape the famine. There the two sons get married, and one of the two brides is Ruth. After the death of her husband and children, Naomi (who changes her name: no longer Naomi = joy, gladness, but Mara = bitter, unhappy) returns to Israel and leaves her two daughters-in-law free.

“Naomi then said, ‘Look, your sister-in-law has gone back to her people and to her god. Go home, too; follow your sister-in-law.’ But Ruth said, ‘Do not press me to leave you and to stop going with you, for wherever you go, I shall go, wherever you live, I shall live. Your people will be my people, and your God will be my God. Where you die, I shall die and there I shall be buried. Let the Lord bring unnamable ills on me and worse ills, too, if anything but death should part me from you!’ Seeing that Ruth was determined to go with her, Naomi said no more. The two of them went on until they came to Bethlehem” (Ruth 1:15-19).

In the land of Israel, the story of the two women intersects with that of Boaz, Naomi’s relative, with whom Ruth goes to glean. At the suggestion of her mother-in-law, a relationship begins between the two, made up of knowledge, seduction, respect. This relationship will culminate in the fourth and last chapter of the book, with the marriage between the rich landowner and the young widow

If we now look at van Scorel’s painting, we realise that the story itself is condensed in it. In the foreground, of course, we have the two women: Naomi, seated on the left, and Ruth, standing on the right. What strikes us first of all is the elegance of the two women and the care with which the details are reproduced (e.g., the rich design of Naomi’s mantle, Ruth’s sandals and headgear), almost as if to signify their dignity. The painter’s intention to relate the two women, whose relationship of kinship (but also of complicity as far as the story is concerned) is also evident and particularly underlined by the play of their gazes and especially their left hands. Although we are unable to decipher the full meaning of those gestures, we can nevertheless imagine that they say that their conversation is about Boaz.

This is confirmed by the landscape we can see behind the women. In it we can glimpse two important episodes of this story: in the background, amidst the harvested wheat arranged in sheaves, we can see Ruth gleaning and Boaz - wearing the oriental headgear typical of Dutch and Italian Renaissance painting - overseeing the harvesting operations; further to the right, we can see Ruth and Boaz in a kind of tent, indicating the intimate relationship that has been created and that will soon lead them to marriage.

The book of Ruth ends with the birth of Obed. The bond between daughter-in-law and mother-in-law is so strong is that the neighbours say: “A son has been born to Naomi”. Immediately afterwards we can read that Obed was the father of Jesse, who in turn was the father of David (cf. Ruth 4:17).

Let us try to reread (or read for the first time) the whole book of Ruth. Let us read it from the point of view of the two main characters, the two women. We will realise that both Naomi and Ruth are part of the history of salvation with a different but complementary role that finds, I believe, the key to building relationships based on respect and love in the positive dialogue between generations.