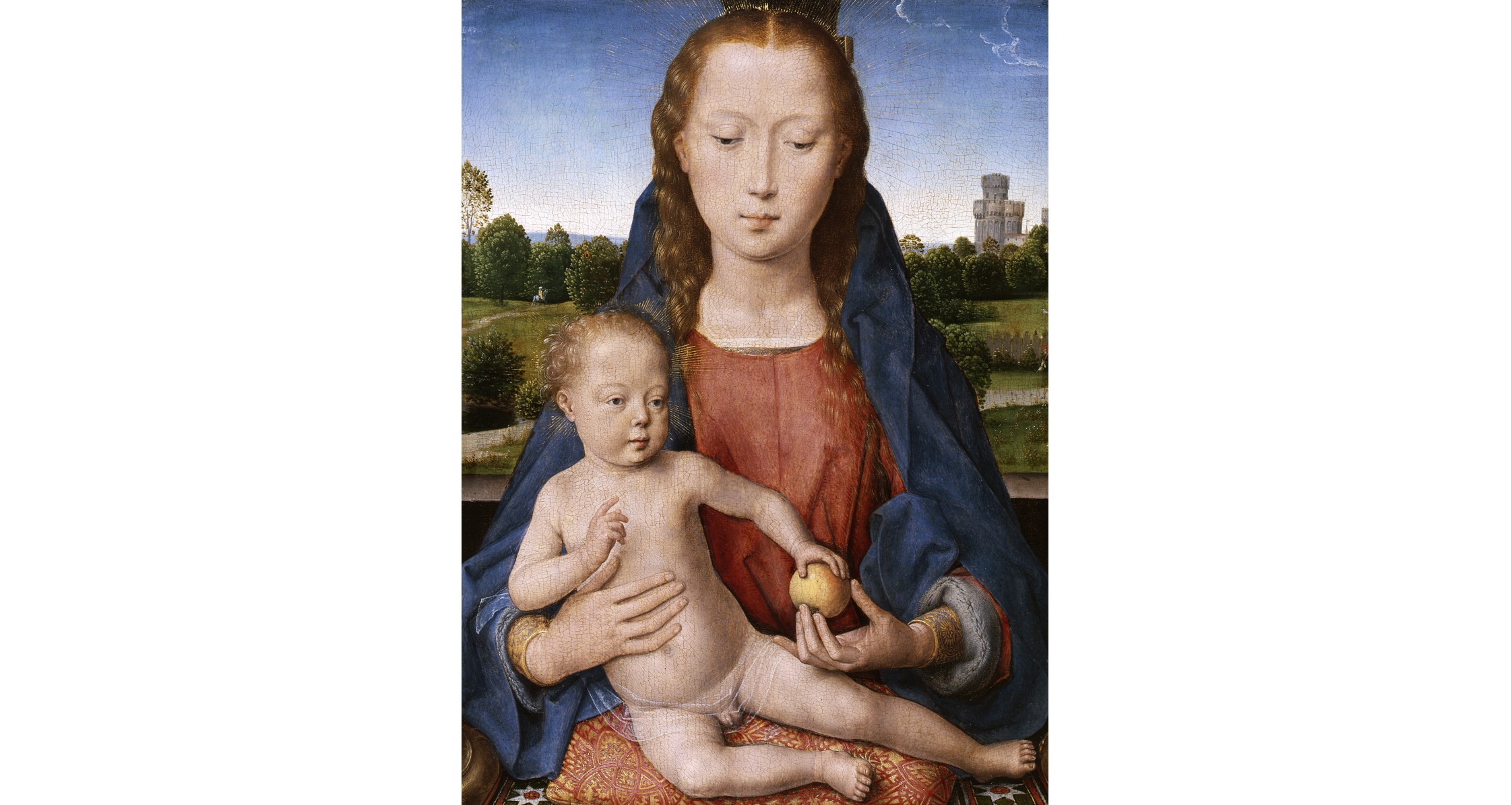 Women of the New Testament: Mary.

In the sixth month the angel Gabriel was sent by God to a town in Galilee called Nazareth, to a virgin engaged to a man whose name was Joseph, of the house of David. The virgin's name was Mary. And he came to her and said, "Greetings, favoured one! The Lord is with you." But she was much perplexed by his words and pondered what sort of greeting this might be. The angel said to her, "Do not be afraid, Mary, for you have found favour with God. And now, you will conceive in your womb and bear a son, and you will name him Jesus. He will be great, and will be called the Son of the Most High, and the Lord God will give to him the throne of his ancestor David. He will reign over the house of Jacob forever, and of his kingdom there will be no end."

Mary said to the angel, "How can this be, since I am a virgin?"

The angel said to her, "The Holy Spirit will come upon you, and the power of the Most High will cover you with its shadow; therefore the child to be born will be holy; he will be called Son of God. And now, your relative Elizabeth in her old age has also conceived a son; and this is the sixth month for her who was said to be barren. For nothing is impossible to God." Then Mary said, "Here am I, the servant of the Lord; let it be with me according to your word." Then the angel departed from her. (Luke 1: 26-38)

Last year, we ended by presenting the figure of the first woman to appear in the Old Testament, Eve, the mother of all the living.

The new year begins - which will be dedicated to the presentation through art of women of the New Testament - by talking about Mary, the first woman mentioned in the synoptic Gospels, the one God chose to giving birth to Jesus, the son of God.

The close link between Eve and Mary was already highlighted in Dürer's panel, which we presented last December, by the cartouche in which the German painter inserted the date of execution, where he wrote that the work was made "1507 years after the birth of Mary". Also in the panel we have chosen, by one of the greatest Flemish painters of the Renaissance, the link between the two women is evident. In fact, Mary is handing little Jesus an apple. And immediately, our mind goes back to one of the earliest pages of the Bible, when an apple was the very fruit that the serpent made Eve seize, symbolising the sin that alienated the progenitors from the Creator God who had placed them in the Garden of Eden.

We have chosen to present Mary with the subject that since antiquity was the most popular among those with which she was depicted: the "Madonna and Child".  We have only to think of the Byzantine mosaic works of the early centuries or the icons of the Eastern tradition. This is to emphasise the close interdependence that results from motherhood (the mother and the son), but also, specifically, the connection that is once and for all established between divinity and humanity (God becomes man in Jesus, the son of Mary). To get an idea of how widespread the subject is in European art, we need only know that in the collections of the Gemäldegalerie in Berlin alone, where Memling's small panel is located, there are no less than 170 works presenting "Maria mit den kind" (Madonna and Child)!

Let us contemplate a little bit longer the beautiful panel, surely intended - given its small size - for private devotion. In fact, it has been proven that the Madonna and Child was the central panel of a small triptych, the side panels of which - depicting the work's patron, Benedetto di Tommaso Portinari, on the right, and St. Benedict, its patron saint, on the left - are in the Galleria degli Uffizi (Uffizi Gallery) in Florence.

The work - enveloped in a warm light that perfectly defines both the two figures in the foreground and the magnificent landscape beyond the balustrade we see behind the Virgin - radiates serenity, calm, sweetness. Every detail is perfect: just look at the blond curls of Jesus or the cuffs of Mary's dress, the brocade of the cushion on which the Child is placed or the green foliage of the trees in the background. Mary is absorbed, her gaze downwards, towards that Son to whom she offered the apple. In this case, this is a sign of salvation and not of perdition, but which will mean death on the cross for Jesus.

Hail Mary, full of grace, the Lord is with thee.

Blessed art thou among women,

and blessed is the fruit of thy womb, Jesus.

Holy Mary, Mother of God, pray for us sinners,

now and at the hour of our death.