In 1921 there was an executive meeting in Cracow (Poland) to re-launch the Union and prepare for the fifth International Congress taking place in Rome the following year.

Fifth International Congress in Rome: “Preservation and Propagation of the Faith”; women’s campaign for morality; against traffic of women; for preparation of women for civic responsibilities.

Mrs Steenberghe-Engeringh (The Netherlands) was elected president (nominated by the Pope) and remained so for 30 years. Under her guidance the Union (IUCWL) expanded rapidly and was in a position to become WUCWO in 1952. With 19 new organisations the Union numbered 40 leagues in 20 countries.

The Sixth International Congress in Rome: “Dangers threatening the family and, through it, the whole of society”. Mrs Steenberghe-Engeringh was re-elected President.

In May, the “Young Women’s Section” of the Union met in Luxembourg. An integral part of the structure of the Union, the Young Women’s Section had its secretariat in Ghent (Belgium). The Holy See nominated an advisory chaplain, and Christine de Hemptine (Belgium) was nominated as its President. [The Federation of Young Catholic Men dates back to 1921]. An extract from the “Cahiers de l’Union” reads :

Mrs Steenberghe-Engeringh, the President of UILFC played an active role in founding the Conference of International Catholic Organisations (CICO).

ICO presidents held their first meeting in Fribourg (Switzerland). Their principal aim was to represent Catholics at the Society of Nations whose headquarters were in Geneva.

In a letter to the President, His Holiness Pius XI stressed the importance of remaining exclusively Catholic leagues and of collaborating with neutral or protestant organisations only in exceptional circumstances. From then on study days alternated with meetings of the International Council. The former were held in different places, whereas the latter always took place in Rome until 1967. There was one exception: in 1951 the 12th International Council was in Fribourg (Switzerland)

In contemporary publications, the meetings of the International Council were often called “International Congresses”. As explained in a document dated “Utrecht; May 1936”, “The meeting of the Council is rather more like a kind of congress.” These meetings involved a large number of delegates, between 150 and 250, and even over 500 when the “ Young Women’s Section” joined IUCWL. The League of Nations granted the Union representation on the committees “Traffic of Women” and “Protection of the Child”, two representatives were nominated. 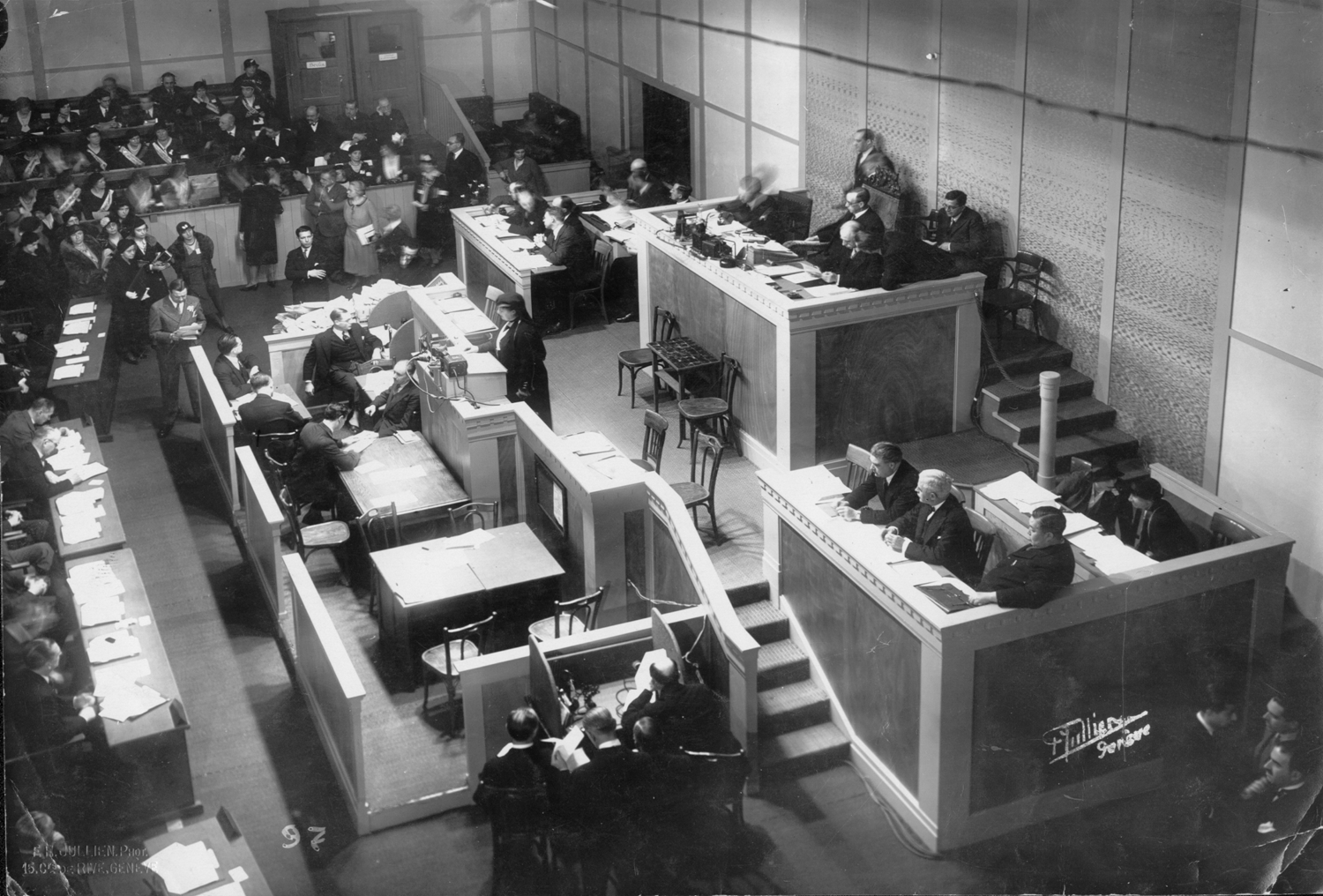 Eighth International Council in Rome: “Rebuilding family morality”. The subject of study for the next 4 years was education. First Council of the Young Women’s Section.

The International Labour Office (ILO) ratified the nomination of a delegate to the Commission studying issues related to women.

The delegation in charge of petitions for peace from 26 million Catholic women; in the front row, Mrs Steenberghe- Engeringh, Mrs Hawks, United States delegate and Mrs Ferrazzini, President of the Catholic Women’s League of Geneva, Conference on Disarmament, 1932. 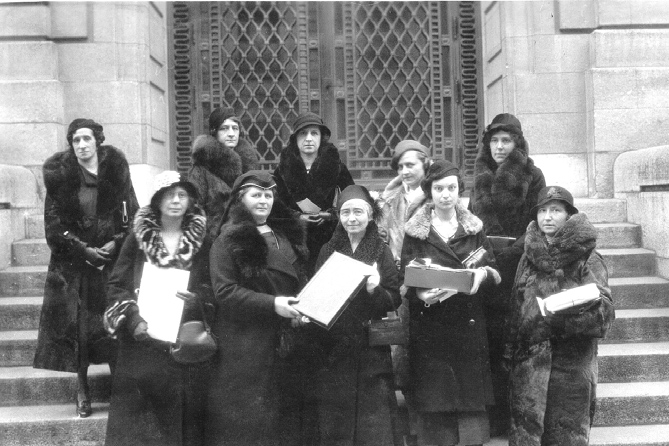 Study week in Lucerne to prepare the International Council of 1934; The purpose of these study weeks was to take into account the work done by the Commissions which that year had studied Faith, Family, Education, Women in the work place, Morality, Hygiene, Women in public life. For the “Youth Section”: Sport and Health. The same year Mrs Steenberghe-Engheringh, President of the Union was the only Catholic delegate to address the Conference on Disarmament in Geneva.

Ninth International Council in Rome: “That Christian principles of education penetrate the family and society”. The commissions continued with the addition of new subjects : the Training of Catechists and the Handicapped. There were 512 participants – not all of them women, as many priests also attended. They represented 46 adult and 13 youth organisations. There were as many young girls as adults.

Council of Youth Section of IUCWL in Paris to prepare the International Study Congress in Brussels (Belgium), scheduled for Easter 1937.

Tenth International Council in Rome: “Catholic women and the restoration of Christianity in society today.” Youth Day: “The apostolate of conversion”. At the time, the Union comprised 55 affiliated organisations, from 32 countries, covering some 25 million women. The countries were mainly European, Latin American, and North American, with two Asian countries and Australia.