THE LIFE OF CATHOLIC WOMEN ORGANISATION IN MALAWI

THE LIFE OF CATHOLIC WOMEN ORGANISATION IN MALAWI 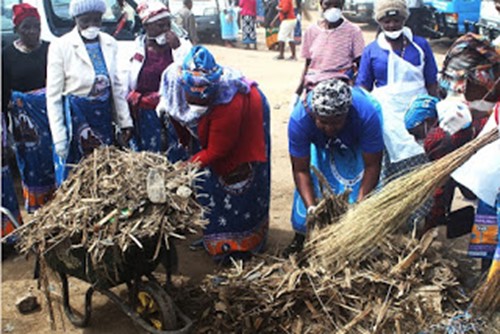 Inspired by the Christian mandate of evangelization according to Mark 16:15, Vatican Council II challenged the Catholic Church to take its role of evangelization seriously either through Catholic Action Groups/Movements/Associations/ Organizations or on individual basis for every baptized person is a missionary. Similar sentiments were advanced during the African synod of 1967 as well as the African Laity Council meeting held in 1971 in Ghana. In Malawi, the Episcopal Conference of Malawi, through the Bishops in 1972, wrote a pastoral letter titled ‘You also go and work in my vineyard’ (Mt 20:4a) in which the Bishops reiterated the need for the Catholic lay faithful to evangelize.

In a bid to respond to the above call, in that same year, 1972, a few women in Malawi organized themselves and came together to soul-search their role as women in the Family, Church and the Nation. That marked the beginning of Catholic Women Organization (CWO) in Malawi and to date CWO has spread to all 8 dioceses of Malawi namely Chikwawa, Blantyre, Zomba, Mangochi, Dedza, Lilongwe, Mzuzu and Karonga. According to the CWO constitution, by virtue of being baptized, a Catholic woman automatically becomes a member of the Catholic Women Organization (CWO Malawi constitution, 2018 4th edition).

CWO’s mission is “to bring the Kingdom of God to all through the promotion of unity and integral development of all Catholic women in Malawi”.

Through this mandate, the Catholic Women Organization of Malawi has, since its inception, been reaching out to the less privileged in communities, hospitals, prisons, orphanages, schools, seminaries and other institutions, where, besides sharing the word of God with the people, the women also carry out some charity work in order to bring intervention to the various challenges people face.

They also, among other things, on a yearly basis, assist in formation of seminarians in both minor and major seminaries in the country through spiritual, material, financial and moral support.

Since its establishment, the organisation has grown from strength to strength. In 2010 CWO Malawi was accepted into the WUCWO Family in Jerusalem and the country was represented by 13 delegates.

The climax was when CWO Malawi hosted the WUCWO Africa Region Conference in 2016. This was like injecting more life and energy, enthusiasm and spirit into the organisation. This is evidenced by the 27 delegates from CWO Malawi who attended the 2018 WUCWO General Assembly in Senegal.

ACTIONS ON THE SENEGAL RESOLUTIONS:

Almost in all Dioceses, women have undertaken planting trees with support of the Clergy and Bishops as evidenced by the attached picture. At this event Catholic women partnered with a local bank to plant trees at one of the Parishes in the Archdiocese of Blantyre and the Archbishop was a guest of honour. It was an all-inclusive exercise with the youth being involved. About 15000 trees have been planted this year alone under this initiative. In the same vein, and also inspired by the Popes Laudato Si’ on the environment, the Catholic Women would want to go a step further by reaching out to few selected Catholic Primary Schools in Malawi in a project known as "Evergreen Schools Initiative" (ESI). In this project the Catholic Women of Malawi and Holy Childhood of the Pontifical Mission Societies (PMS), intends to bring information for attitude change and engage children and youths in the selected Catholic Schools to plant, manage, protect and take good care of trees and vegetables in the school environment as well as in their local communities. Both fruit and shade trees including vegetables and flowers will be planted in this project.

The CWO and PMS will work closely with the Environment Affairs Ministry, The Catholic Education Commission and Caritas Malawi as well as networks on climate change and other local stakeholders to make this project a success.

CWO Malawi is engaged in many charitable works as follows:

-  Visiting women prisoners with amenities like soap, food and clothing.

-  Visiting the sick in hospitals.

-  Building small houses for the aged.

CWO Malawi signed a memorandum of understanding with TEVET – an organisation which equips women and youth with different skills which would enable them to be self-employed and lead a meaningful life. The Archbishop who is also Chairman of the Episcopal Conference of Malawi is witnessing the signing ceremony of the agreement with Tevetofficials.

As our priority statement, we engaged a priest, Rev. Fr. James Chaweza during CWO Annual General Meeting In December 2018 who took us through Holiness -  how we can attain it.

Call to Holiness was divided into 4 sections:

1. (Our calling) We are called irrespective of who we are and what we do in life.

Women are at the centre of the Church, supporting church events such as Mass from Small Christian community up to the National Level. CWO women attended the funeral Mass of one of our priests who died in the recent past.

CWO Malawi has just launched its strategic plan 2019-2023 with the theme “Working towards the Holistic Development of the Catholic Women in Malawi”.

In conclusion, CWO in Malawi is live and is at the centre of evangelization in the Church. Though Malawi is ranked as a 4th poorest country in the World, we call it the warm heart of Africa with cheerful and happy people.